First built by Thomas Lovett, the Hill Top House Hotel has graced the scenic promontory overlooking the Potomac River valley and "The Gap" at the tri-state boundary since 1889. (At left: Lovett stands in front of the original structure, 1892.) Mr Lovett and his wife, Lavinia, previously operated an inn at the Brackett House, also in Harpers Ferry (intersection of Fillmore and Columbia Streets, currently used as National Park Service offices). After burning down and being rebuilt twice, in 1912 and 1919, the Lovett family finally sold the hotel property to Fred McGee in 1926. 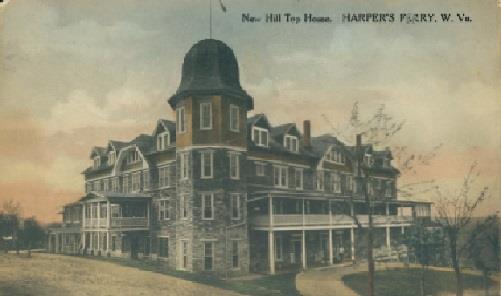 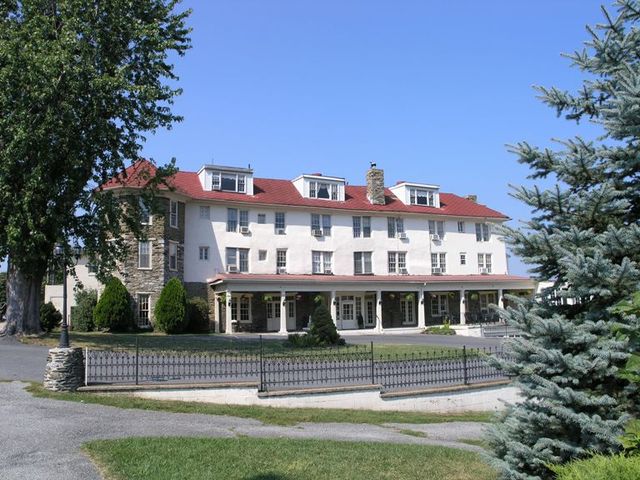 The property was purchased lastly by SWaN Investors of Leesburg, Virginia in 2007, after which the hotel was closed due to poor structural integrity. Upon closing, SWaN announced its intention to rebuild and reopen the business as an upper-echelon hotel property, beginning many years of discussion between the owner, the Town government, and local residents and business owners on a future vision for the hotel and its place in the surrounding community.

(Shown at left is the existing third Hill Top House Hotel structure. Photo taken around the time of the hotel's closure in 2008.) 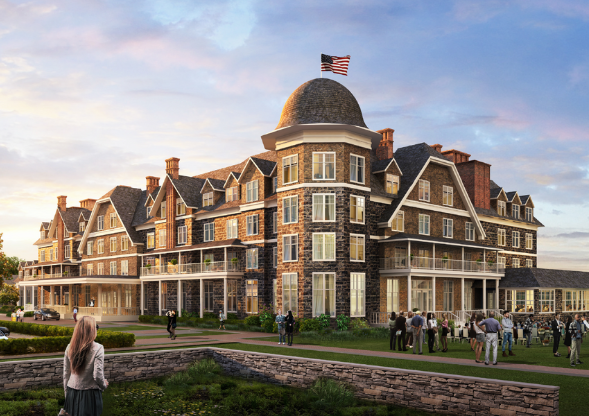 As a result of these discussions, several economic and fiscal impact documents were issued. One key report, issued by EY (formerly Ernst & Young) in May 2019, quantifies the state and local economic impacts of the proposed hotel project. Notably, the report estimates the creation of 140 total jobs in Harpers Ferry and a total impact on the town's economic input of $26.8 million annually once the hotel's operations begin.

(Proposed design of future Hill Top House Hotel shown at right. This design is loosely based on the 1912 structure.)

After much long, hard work by all involved parties, demolition of the existing hotel structure is set to begin in early 2022, with construction of the new Hill Top House Hotel commencing later in the year. Construction phase is expected to last approximately two years.

The following documents include permit application submissions to the State of West Virginia and permits granted by the State. Note that all approval and oversight of demolition and construction activities within the Hill Top House Hotel Tourism Development District (TDD) remains with the State and not with the Town. These documents are posted here for public consumption and transparency.

The following notices related to the Hill Top House Hotel reconstruction project have been issued to notify the State of West Virginia, the Corporation of Harpers Ferry, and the general public of safety, traffic, or other concerns. Please bear in mind that these notices are not issued by the Town. As with the demolition and construction documents above, these notices are posted here for public consumption and transparency.

The notices below have been issued by government agencies, contractors, or other concerned parties.

Closed to the public on Fridays

VISIT US ON SOCIAL MEDIA